More than 60 issues of the student newspaper Ariel have been digitized and added to the Jefferson Digital Commons. The paper was started in 1969 by Delvyn C. Case, Jr. (MD 1971), a young activist interested in creating an open forum on campus for discussion and debate.

The paper was in publication, with varying frequency, until 1986, and its topics ranged from campus politics to national medical debates while also including lighter subjects such as Jefferson sports and movie reviews. 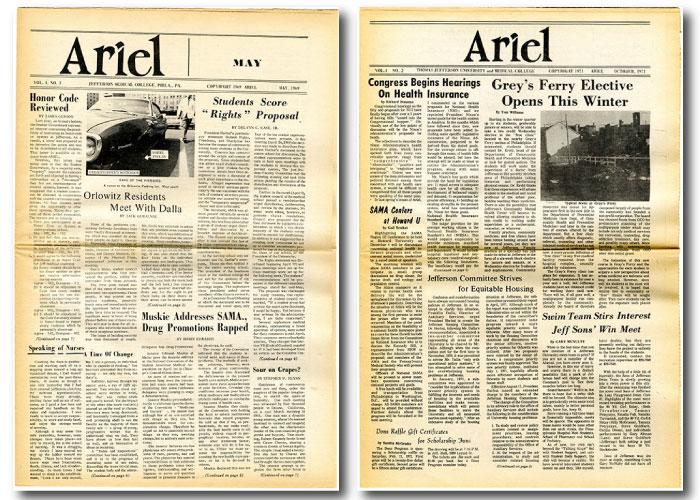